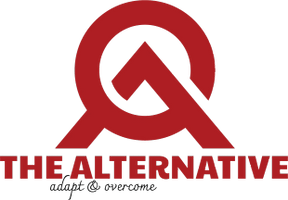 The Fort Worth Stock Show May Have Cancelled, But We Will...

*Refer to Classification section (Any crossbred, Dark or Light, may show)

*Refer to Classification section (Any crossbred, Dark or Light, may show)

Grand Drive to take place thirty (30) minutes following the selection of the Other Cross Champion and Reserve Champion.

All breed and reserve breed champions will be terminal. All other barrows will be allowed to return home with the exhibitor.

The Alternative Show will NOT require exhibitor / spectator gate pass or vehicle pass to enter the grounds; however, the Will Rogers Memorial Coliseum reserves the right to charge vehicle and trailer parking fees.

Junior exhibitors of The Alternative are responsible for knowing and complying with all rules of this show.

Participation in The Alternative is limited to Texas resident students, who are bona fide members of a Texas 4-H Club or Texas FFA Chapter, and who have continuously owned and personally fed and cared for their animals under the direct supervision of a CEA or AST. Exhibitors must be enrolled in and attending public, private or home school, elementary or secondary schools in Texas. Students must be between the ages of 9 and 18 on or before August 31, year prior to the show. Exception: students in the 3rd grade become eligible on their 8thbirthday.

All junior show exhibitors are required to have gone through the Quality Counts program, complete and pass the on-line test through which they will be assigned a unique verification number. Each exhibitor’s verification numbers must be recorded on their entry forms at the time of entry. Refer to the website http://qualitycounts.tamu.edu for more information.

If an exhibitor is suspended under the Texas Education Code 33.081 “No Pass, No Play”, then that exhibitor and their animal are not eligible for competition.

Exhibitors must uphold the rules and guidelines of the Texas 4-H and FFA Livestock Program Ethics Policy. To foster fair competition, to provide an equal playing field, and to impart the importance of raising swine in an ethical and humane manner, the showing of unethically fitted barrows and/or barrows being administered prohibited substances, as defined herein, is strictly prohibited. The Alternative reserves the right to randomly test for the presence of unapproved drugs in barrow entries.

Unethical fitting: Barrows showing any signs of being unethically fit will be disqualified. Unethical fitting includes actions to alter the barrow’s performance and true conformation and/or breed character of the barrow.

- Any substance that has not been approved by the Food and Drug Administration (FDA) and/or the United States Department of Agriculture (USDA) for use in food animals; and

- Notwithstanding the foregoing, any beta2-adrenergic agonist not approved for use in swine and furosemide are prohibited substances.

The use of animal drugs or other substances in any matter other than in accord with the labeling approved by the FDA is a violation of federal law. Exhibitor and exhibitor’s parents and/or guardians agree that:

- They are absolutely and completely responsible for the care and custody of their barrows.

- The Alternative shall be entitled to disqualify an exhibitor whose barrow tests positive for any unapproved drug, even if the exhibitor and the exhibitor’s parents and/or guardians are innocent of any wrongdoing and did not administer the drug.

- The drug test results of the testing laboratories are final and binding upon the exhibitor and the exhibitor’s parents and/or guardians. Even if the source of the drug is unknown, The Alternative shall be entitled to disqualify the exhibitor.

Official turn-in weight limits are: minimum 240 lbs. and maximum 290 lbs. inclusive. Exhibitors will turn in the official show weight for their barrow. All barrows with weights turned in below the minimum (240 lbs.) or above the maximum (290 lbs.) will be sifted.

Scales will be provided in areas throughout the barns; such scales are unofficial and are provided for exhibitors’ convenience only. Official scales will be used by Superintendents to determine official weights. No other scales will be allowed.

Breed must be declared upon Check-In. Barrows will be subject to reclassification by a three-member committee during the barrow’s class. The decision of the three-member classifying committee will be final. *See Barrow Classification Standards on the Texas Swine Validation website: www.texasffa.org/swine-validation in the Documents section. *However, there will be no distinction between Dark Crossbred and Light Crossbred; Crossbreds of any color will be allowed to show in both Wave 1 and Wave 2.

· Any barrows reclassified in Wave 1 will be placed in the Crossbred breed.

· Any barrows reclassified in Wave 2 will be placed in the Crossbred breed.

· Crossbred class options may be entered at the time of Check-In.

The payout will be determined on number of entries and total funds raised. 100% of the funds raised for The Alternative will be paid back to exhibitors through class premiums and above.